A bit of a belated post really. Bank holiday weekend seems like a distant memory.  In delaying the update, I think I was hoping I could hold onto that bank holiday feeling for a just a little bit longer.  But, it’s Friday again now which means the weekend is very nearly here so I don’t need the bank holiday feeling to get me by anymore.

For some final reminiscing, I’ll tell you about our super productive, super yummy but super soggy bank holiday weekend.

What a day! I think most would agree that it felt like Summer.  We went to the plot half expecting to meet some new people and get lots done.  What happened?  We got lots done and our newly introduced next door neighbours said they had never seen the site so busy. It was amazing. There were families planting potatoes, pets on site and picnics happening next door. I think that, for the first time since having the plot, we got to see the proper allotment experience.

We found out that our neighbours bring their beautiful chocolate Labradoodle, Harry, to the site all the time. Being obvious animal lovers, we made an immediate friend who followed us around inbetween eating pebbles, standing in our garlic and trying to get to our organic potato feed. 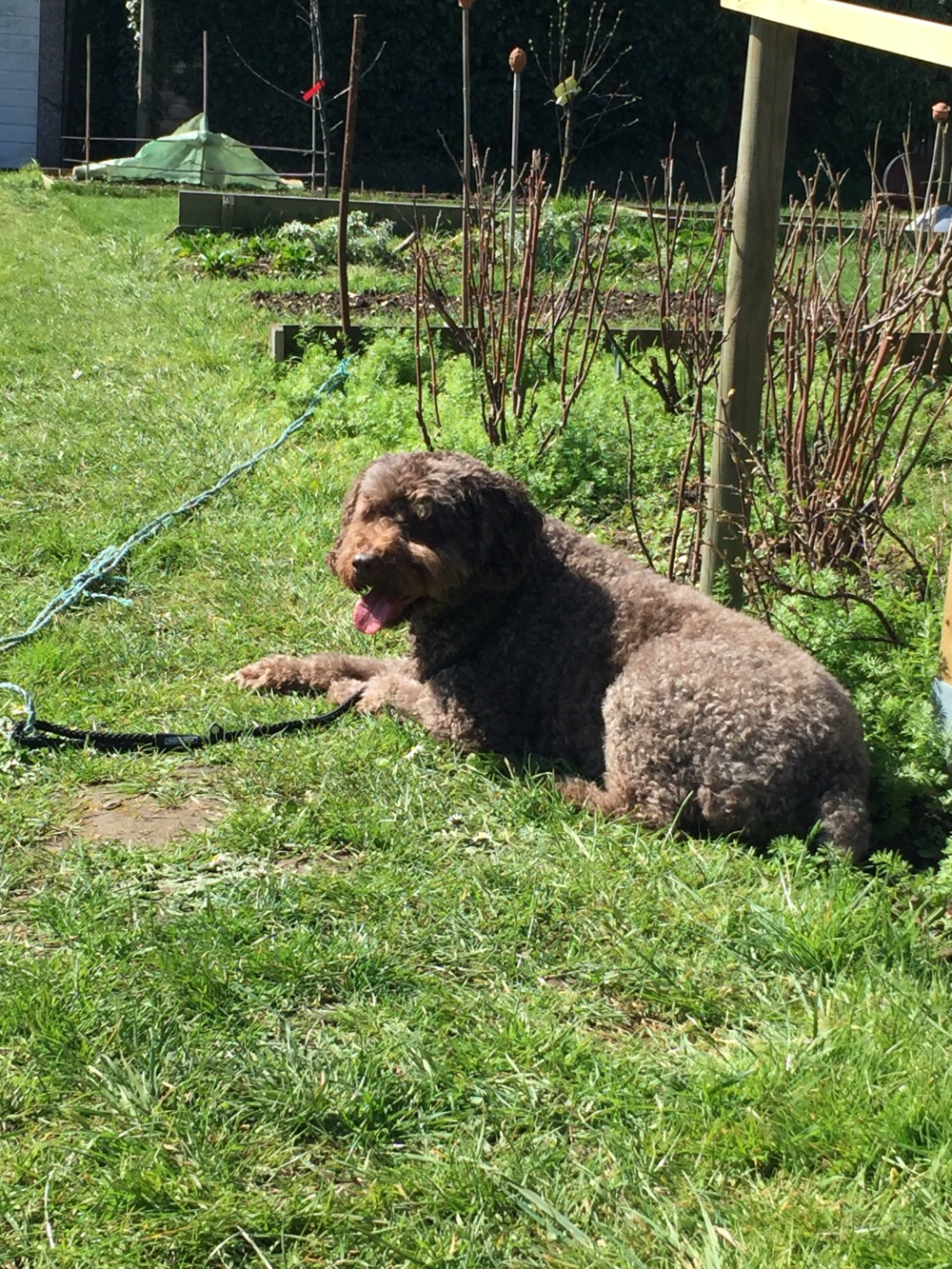 In between playing with Harry (purely as a procrastination exercise), we managed lots on site.  All plastic covering was removed from the beds to reveal some wonderful looking soil and some beastly roots we had clearly missed during our first dig.  Saying that, with the plastic now gone, it looks so much more like a plot with some sort of future.

Our first earlies potatoes went in. This was exciting! We’ve never grown them in open ground before and the chits were looking particularly gnarly and fabulous. We dug our trench, sprinkled with lots of organic feed and settled them in with the eyes facing up.  Now we just have to wait and see… 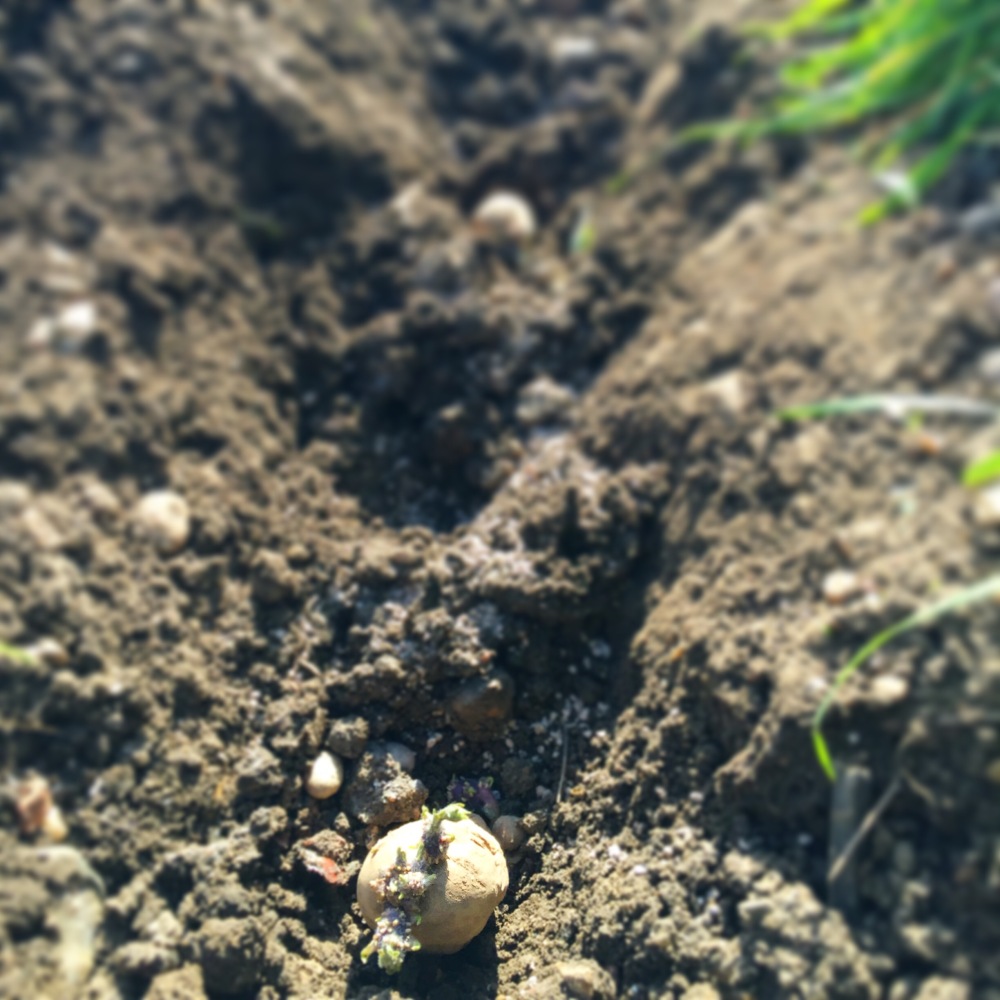 We also had the joy of having a skip on site on Friday too. Luckily, it wasn’t already full. Last time we had a skip, the people in the local area managed to fill it up before we even got a look in.  Apparently, this is normal practice, no one seems to mind so we just go with the masses.  With the skip on site, we managed to clear a lot of the remaining clutter left by the previous owners that had been festering over Winter.  This seemed to be a running theme throughout the weekend with us spending the rainy days clearing out house clutter and clothes we haven’t worn for years.  Anyway, I digress!  The top of our plot now looks rather organised. Albeit temporarily while we wait for our newly approved shed to arrive. 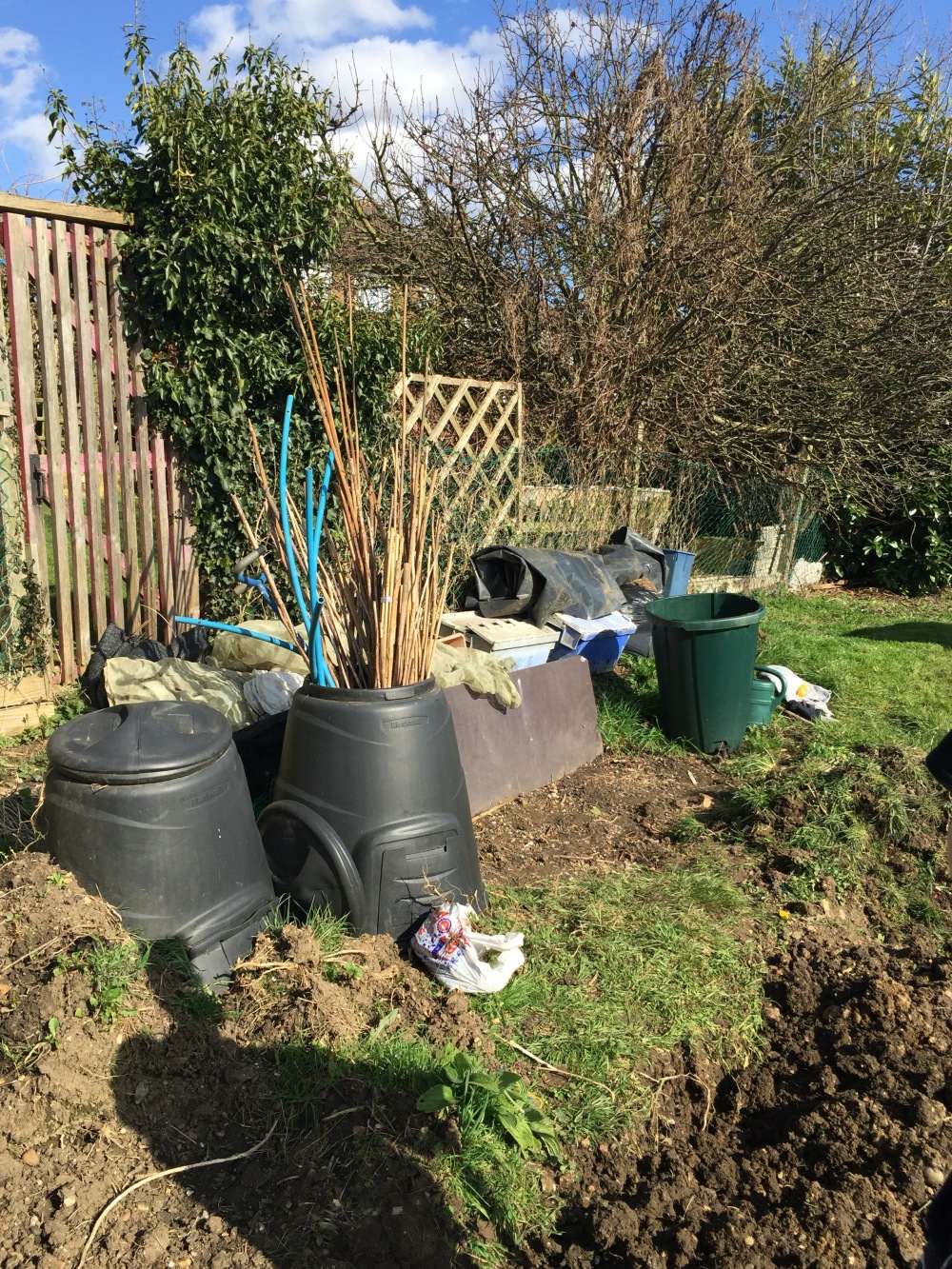 The last task of the day was planting the remaining onions.  The red onion and garlic are already established.  To fill the gap between these two, we decided on a few white onions.  This was Jon’s job as he planted the rest with severely measured precision.  I didn’t want get told off! 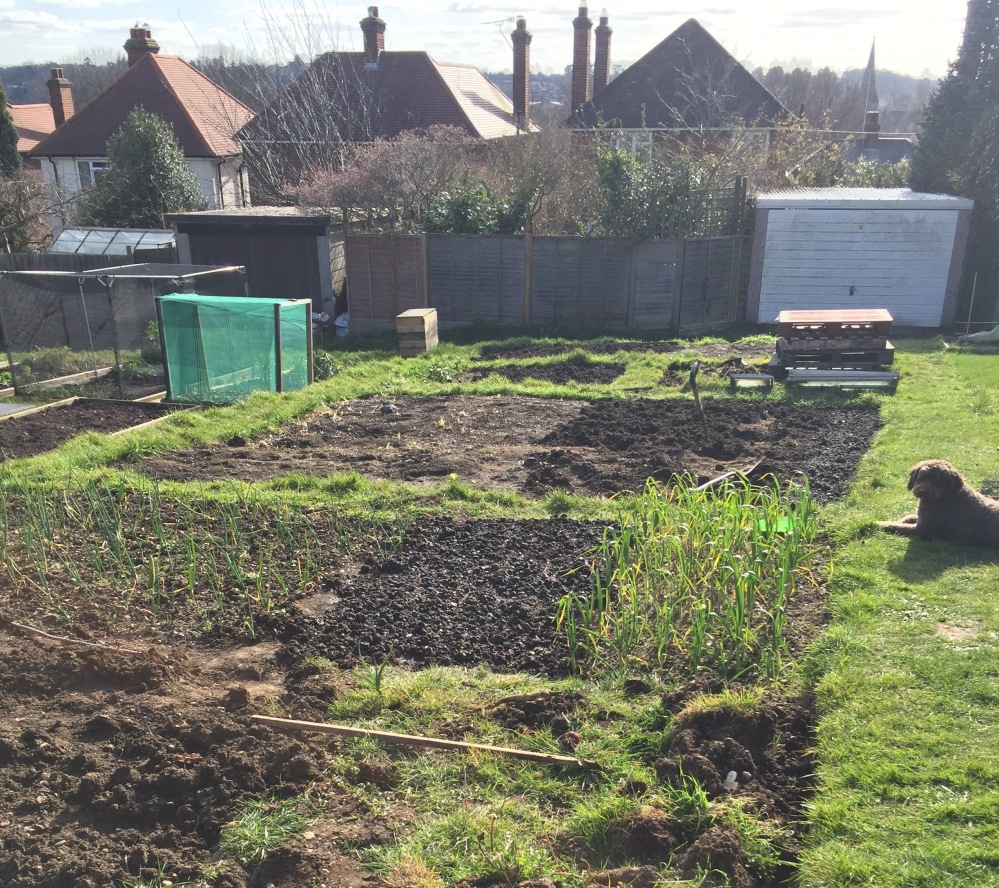 There was a slight tradgedy on the plot. Our rhubarb.  This was making steady progress and I was proud that they had set off growing well. I’d been religiously checking on them because they grow so fast. However, they weren’t very big. So Jon took it upon himself to accidentally stand on them. Both of them. Both snapped… We wait to see if they come back.

The Rest of the Weekend

This consisted of jar buying at IKEA for my new obsession with preserving and fermenting (watch this space); visiting a huge Asian supermarket in Wembley for my already existing obsession with Asian food (it’s so easy to veganise!) and clearing out wardrobes, boxes and other things we’ve managed to hoard over the years.

I’ve planned to plod on down the plot later today.  Dig some more.  Maybe put the pea and bean structures up.  If the weather holds out, we’ll be there again tomorrow.  In theory, this means we could have the whole plot dug over and season ready by the end of tomorrow.  You know what? I really, really cannot wait!

One thought on “Bank Holiday Progress”